Reporting of a presentation in December 1910 to Sir Alfred Apperly at Dudbridge Mills, following the opening of new weaving sheds and long-service medals awarded to employees. 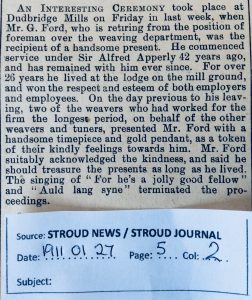 Curio exhibition and sale of work at Rodborough Tabernacle 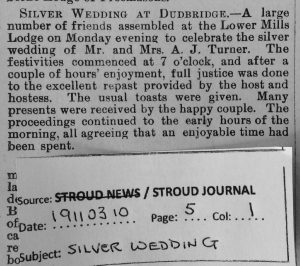 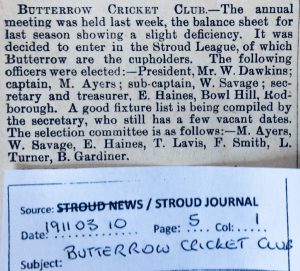 The license of the Golden Fleece on The Butts was transferred to the Prince Albert, signalling the closure of one of the district’s beerhouses 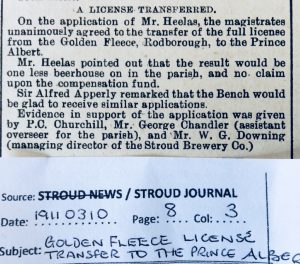 Rodborough makes its own plans to celebrate the coronation , independent of Stroud. 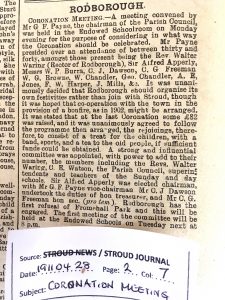 Jack Chandler was injured in an accident and conveyed to hospital in Sir Alfred Apperly’s motor car. 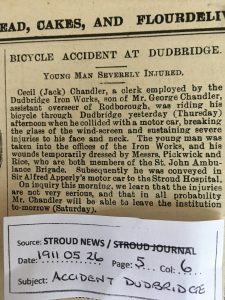 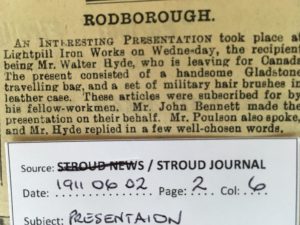 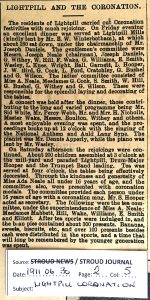 Rodborough celebrated and Rodborough Fort and Church were illuminated.

And a children’s treat was held at Fromehall Park.

Fire at the Wallbridge premises of Albert Ashmead, wheelwright, carpenter and undertaker. 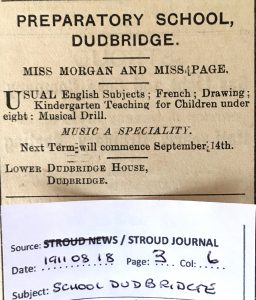 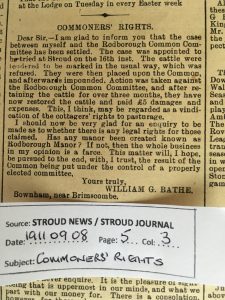 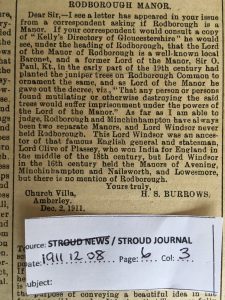 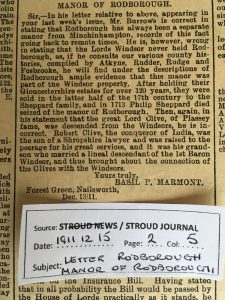 Near-drowning at Dudbridge Locks – goodness, was the boy OK in the longer term? 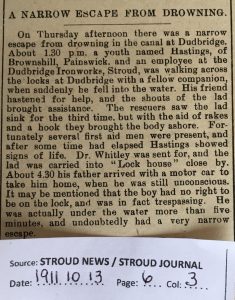 Dorothy Payne’s dog was found without a collar at The Butts. 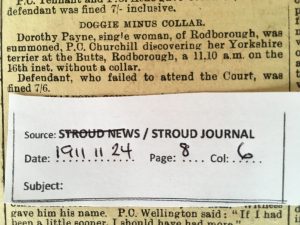