This is an ongoing project …

We have burial registers and a graveyard plan for the “New Churchyard” or “Churchyard Extension”. This acre of land, formerly part of the Rectory Gardens, was added to the churchyard in 1917.

The winter time gives the opportunity to read some of the stones that are hidden by vegetation. Brian, who does the most wonderful job of keeping the churchyard landscape looking good, has recently uncovered some new names.

Sadly there are also a large number of unmarked graves.

Death of the eccentric Marmaduke Bell of Rodborough Fort 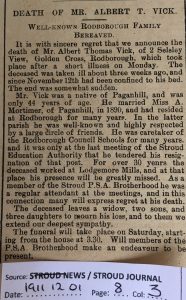 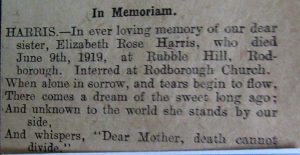 Harry Shilham’s son Frank by his first marriage was killed in action in 1915. His name appears on on the WW1 memorial in Rodborough Church. 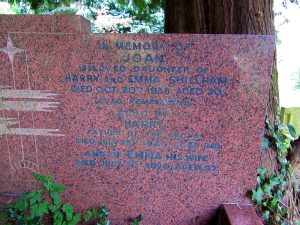