Piecing together local history is rather like doing a jigsaw! for some time we have had a few pictures of Rodborough Jazz Band from the late 1930s but very little history to accompany them.

A new find is that the Stroud Journal in 1938 covered the remarkable story of how a little girl’s persistence led to the band’s formation in Dudbridge Hill. Initially appearing in green & white uniforms, with kazoos from Woolworth’s and  a borrowed drum, they became prize winners at Stroud Show. Later they used ‘Red and White Star Band’ costumes, before becoming the ‘Premier Hussars.’ 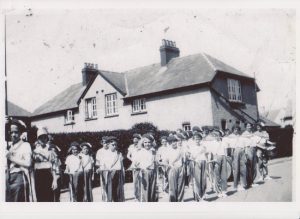 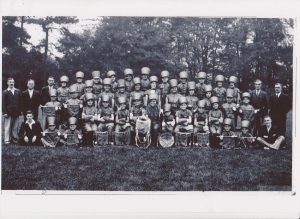